I grew up in Manitowoc, Wisconsin, home of the renowned cranes, ice machines, Mirro aluminum, and shipbuilders.

Here's a picture of Manitowoc Lincoln High School, where I graduated in a class of more than 500 students.  At Lincoln, I had been a cheerleader, a gymnast, a student senator, and a member of the 7-Arts club.  I also worked a part-time job as a carhop and would work as late as 1 a.m. on school nights!

After high school, I studied Dental Hygiene at MATC in Milwaukee, Wisconsin, but after cleaning my first patient's teeth, I decided it just wasn't for me.  I decided I'd rather be an English teacher because I knew I had much to contribute to the field.  I have always been a big proponent for radical school reform.

When I graduated from UW-Madison, I worked for Triple-A headquarters in Madison, helping to plan the annual safety patrol trip to Washington, D.C., and served as head chaperone for the five bus-loads of honorary school safety patrols from schools throughout the state who had been selected to receive the honor.  The wreath-laying ceremony at the Tomb of the Unknown Soldier was very memorable.  I also helped manage other aspects of AAA's safety programs, and assisted with communications, newsletters, and press releases for their Public & Government Affairs Office. 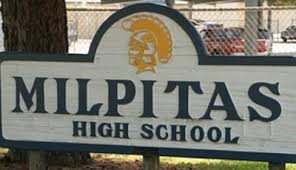 My first teaching job was at Milpitas High School in Milpitas, California.  Many of my students' parents spoke little to no English, so I immediately became involved in the Bilingual Teacher Training Program.  The spark for TESOL had been ignited. 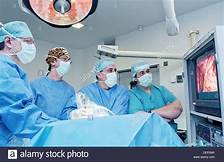 After teaching for a few years, I took a summer job at Good Samaritan Hospital in San Jose/Los Gatos, helping the head OR nurse coordinate educational workshops in laser technology for their surgeons, nurses, and surgical staff.   Two surgeons at Good Samaritan Hospital were pioneers in the field of OB/GYN laparoscopy and endoscopy, and were spreading their knowledge to other surgeons throughout the country.  It was my job to make sure everything went smoothly as these workshops unfolded. While overseeing everything, I got to hear all the lectures, and even assisted in the simulation labs.  It was fascinating!  I also helped them update their syllabi, ascertained ACOG accreditation, and helped greet and entertain the guest lecturers.  This was a very exciting chapter in the history of laser surgery, and I chose to continue my work there rather than return to the classroom at that time.

Soon thereafter, I had children.  Temporarily setting aside career aspirations, I moved back home to Wisconsin to be closer to family. Over the years, I maintained my credential through coursework and I also continued to work on my Spanish.  Eventually I began subbing in the schools where my children attended.  I would often sub for the librarian, the foreign language teacher, special ed teachers, and eventually, English teachers.  As my children grew older, I reached out to neighboring districts, and eventually had my calendar booked weeks in advance, subbing mainly for high school English classes. I did several long-term sub teaching assignments in different districts, but I felt the call to do something more.

Once my children had moved on to college, I decided it was time to begin the long-awaited adventure.  I enrolled in the Wisconsin English as a Second Language Institute (WESLI) Teacher Training Program and earned the TEFL certificate.  Traveling and teaching abroad held great appeal.  I had been volunteering as a tutor for Madison Literacy Network and UW-Madison Greater University Tutorial Service (GUTS).  It was the most rewarding work I've ever done.

In 2018, I received my Master of Arts in TESOL at Concordia University Chicago. As a member of TESOL International, I have completed the Leadership Development Certificate Program.  I am very passionate about the TESOL mission and hope that you, too, will get involved!I love teaching English!

Generally, when I am not in the classroom, you will find me out frolicking with my horse!